Plasticity can be defined as the ability of the materials to get deformed without rupture during the force’s application, which exceeds the yield value of the materials. When an external force is applied to a plastic metal, it undergoes first elastic deformation, after that permanent deformation, and finally fracture.

An ideal material deforms without undergoing any strain (work) hardening. The stress-strain diagram for an ideal plastic body will be a straight line corresponding to the material’s yield stress.

However, in the case of certain materials, elastic deformation proceeds plastic strain resulting in a curve. Such materials are called elastoplastic bodies and are used in structural jobs.

Another property of metallic material that enables it to regain its original shape and size after removing the forces within the elastic limits is elasticity. It shows the rigidity or stiffness of the material. A stiff material requires a comparatively high load before it deforms. In elastic metal, every atom will return to its original position if the external force is removed before reaching the elastic limit.

Thus, the deformation of metal can be categorized into two.

Tough materials will resist permanent deformation well in advance of fracture. Some materials may be tougher and can absorb high energy before fracture, e.g., alloy steels. Others may be very soft, like lead, and require less energy to deform. Copper is soft but absorbs more energy before it fractures.

The deformation of a metallic material, which disappears totally when the external force is removed within elastic limits, is called the Elastic deformation. In principle, it follows Hook’s law; therefore, the phenomenon is reversible, and it does not change the structure of the material.

The tensile load increases the inter-atomic spacing while the compression load decreases the same. When the load is removed, the atoms return to their original position. The shape and size are regained, and the extra energy is converted to heat energy.

When subjected to sudden loading and unloading, certain materials show the behavior, as shown in Fig 4.1 below. The behavior of the specimen is called Elastic after effect or delayed elasticity. Initially, there is a sudden increase in strain due to the impact load. After that it increases gradually if the load is continued. Again, if the load is removed suddenly, the strain comes down, equal to the initial increase in strain. After that it decreases slowly. Rubber is an example of this type of behavior. If a sudden load is applied at time t = 0, strain initially shows the value of E1; after that, it increases gradually. Total strain is E0 = E1 + E2. Similarly, if the load is removed suddenly, strain drops instantaneously by E1 and after that gradually to zero, as shown in Fig 4.1, without any plastic deformation.

This property of plastic as drawing, rolling, pressing, stamping, and extrusion is utilized while manufacturing many products, such as rails and I-beams, drawing of wire, extrusion rivet holes, and forging shafts.

Factors responsible for plastic deformation are:

The above factors show that crystalline materials do not have a unique elastic limit. Plastic deformation is not a sudden phenomenon, but a gradual initiation takes place. Yield strength is the stress for a finite number of plastic deformation.

In this case, a large displacement of one part of the crystal concerning another takes place. The place and direction in which it occurs are known as slip plane and slip direction. This slip may take in more than one plane or direction depending upon the structure of crystals.

It is a function of temperature and composition. When a crystal undergoes plastic deformation, the arrangement of atoms in the crystal remains the same. There is a very small variation in the density. Thus, there is no change in volume.

It is a non-reversible process. Atomic blocks do not return to the original shape after the withdrawal of the forces. The shear which produces slip is called the critical resolved shear stress. The theoretical value of shear strength is about one-sixth of shear modulus (G/6). In actual practice shear stress required to produce a slip is much smaller. Energy (E) required for the dislocation line is given by

The energy required for deformation will be minimum when the shear modulus (G) and Burger’s vector (b) are minima. Dislocations having the shortest slip vector (b) are the easiest to generate and develop for plastic deformation.

The stress required to initiate slip in a crystal is called Critical Resolved Shear Stress. The component of shear stress in the direction of slip is called “critical shear stress” and is a constant for each material and depends upon the type of material. It is affected by the rate of deformation, temperature, purity of the material, etc.; with the increase in temperature, the value of critical shear stress decreases as the material’s thermal mobility increases. The sliding of one plane of atoms over the next is known as twinning. The total movement at any point is proportional to the distance from the twinning plane. Twinning differs from the slip in the sense that in twinning, each plane of atoms moves a definite distance, instead of a complete block of atoms as in the case of a slip. Each of the two parts produced by twinning is symmetrical about the twinning plane and a mirror image.

Twinning is generally caused due to impact, thermal treatment, and plastic deformation. As a result of strain or low temperature, thin lamellar twins appear when the applied stress is higher than required. These are called Newmann bands. Twinning occurs in body-centered cubic (B.C.C) and Hexagonal close-packed (H.C.P) structure.

There are two types of twinning

(i) Twinning produced due to applied stress under shock loading known as strain twins or mechanical twins.

(ii) Twinning produced as a result of annealing process known as annealing twins. Table 4.1 Difference between slip and twinning

Can Stainless Steel Be Blackened?

Can Stainless Steel Be Blackened? Yes, Stainless steel can be blackened. Blackening of stainless steel is achieved by immersing it in oxidizing solutions at 120/130°C. The thickness of the blackening layer (consisting of oxides) is approximately 0.1 micron. It has no effect on the dimensions of the treated sections. However, what decides the black glossy […]

Advantages and Disadvantages of Stainless Steel What is Stainless Steel? Stainless steel is a metal alloy that typically is a mix of iron, chromium, and nickel. It is the most common in the world, because it is highly resistant to corrosion, magnetic, it can withstand high temperatures, and they are easy to machine. It does […] 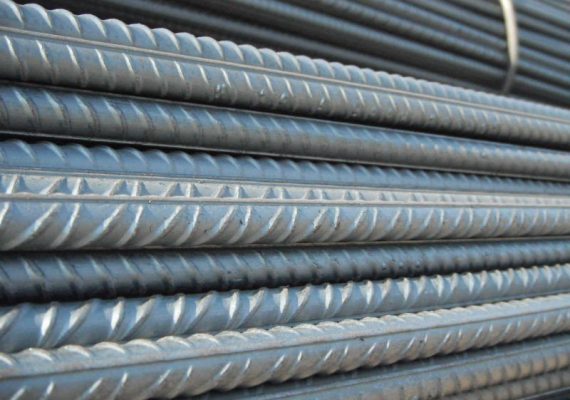